Islam is a natural and complete way of life. The Arabic word “Islam” literally means “submission” to the One True God alone. One who voluntarily surrenders their will to God is called a Muslim, who can be from any racial or ethnic background. A distinguishing feature of Islam, unlike many other religions, is that it is not named after a person or tribe.

The 6 Aspects (Articles) of Belief

Some of His names and attributes include: The Creator, The Most Merciful, The Most High, The All-Powerful, The Most Just, The All-Wise, The Sustainer and The All-Knowing.

Angels are made from light, have allocated tasks and never disobey their Creator. Details about a few have been revealed, such as Gabriel, who delivers God’s message to the Prophets, and the Angel of Death, who takes the souls of people.

Allah sent divine revelation to His Messengers as a guidance and mercy to mankind. These include the Torah and Gospel as originally revealed to Moses and Jesus respectively, and the Quran as revealed to Muhammad (peace be upon them all).

The Quran is the literal word of God and the final revelation to all of mankind. There are many clear signs and miracles that it is from God, examples of which include:

Muslims believe that thousands of Prophets were sent by Allah, at least one to every nation, to convey God’s revelation. These Prophets include Adam, Noah, Abraham, David, Joseph, Moses, Jesus and Muhammad (peace be upon them all).

Their mission was to return people to the worship of the One True God, to serve as practical examples of how to obey God, and to guide people to the path of salvation. Prophets do not share in any part of God’s divinity, and any type of prayer or worship towards the Prophets, or to God through them, is strictly forbidden and considered a violation of God’s right to be worshipped alone.

Muslims believe that Jesus is an honourable prophet of God, born miraculously through his virgin mother Mary. He performed many miracles with the permission of God, such as healing the sick, curing the blind and speaking as a newborn defending his mother from accusations.

Although Muslims respect and love Jesus, they do not worship him. He is not considered the son of God, nor part of a trinity, nor does he share in any of God’s perfect attributes.

Muhammad (peace be upon him) was the final Prophet sent to all of mankind. He came with the Quran to demonstrate how its teachings should be applied, and was a perfect example of an honest, just, merciful, compassionate, truthful and brave human being. As with Jesus, Muslims do not worship Muhammad.

The Day of Judgment is the inevitable event when each one of us will stand before our Creator and be questioned about our good and bad deeds. Every one of our actions will be accounted for, regardless of size.

On this momentous Day, Allah, the All-Just, will settle all matters fairly and no person will be wronged. Everyone’s rights will be returned. All will be treated justly, by either the reward of Paradise, or the punishment of the Hellfire.

Without a Day of Judgement, life would be grossly unfair, as not everyone receives justice in this world.

Allah knows everything from the past, the present, and anything that will occur in the future. He has power over all things – nothing occurs without His knowledge and permission. Every person has been given the free will to choose between right and wrong, and will be held to account accordingly.

Free will does not contradict the fact that events can only occur with God’s knowledge and permission. Nor does it mean that God’s power over everything prevents or restricts people’s free will. God’s knowledge of people’s decisions does not mean that they are being forced to make such decisions, and God is not necessarily pleased with everything that He allows to occur. 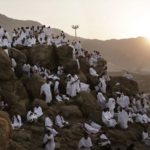 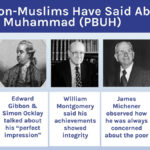